Artist Competition / And the Winners Are! 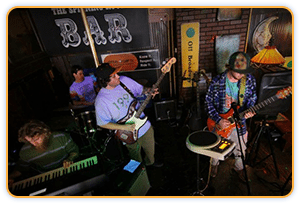 Scooter Dude is a mind bending psychedelic funk rock fusion jam band that began being manifested into the physical world from the astral planes of existence when Robert Huetter began growing a beard.. shortly after the beard established itself as a dominant high energy conductor sending currents of inspirational vibrations straight from the core of funky town. when using the right instruments Scooter Dude harnesses that energy emancipating it from limitations of the human mind and distributes it amongst all 3rd dimensional beings for a state of undeniable euphoria. 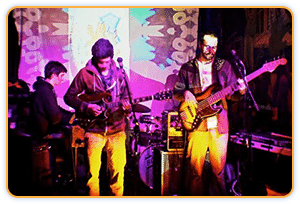 Eggy is an exciting four piece high-energy rock band from New Haven, CT that has devoted their efforts towards captivating live shows. Eggy is the melting pot of funk, progressive rock, Americana and R&B elements. Since their founding in early 2013 the band has written numerous original works and continues to engage fans with both composed and improvised material. 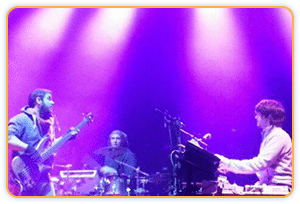 Since their start in 2009, EatUrAura’s core has been improvisation. The trio clocked countless hours jamming into uncharted territory with no road map, no rules, just focusing on the chemistry between the players. As they progressed and grew together, they honed in on the collective state of mind where creativity flows freely. Harnessing this power has lead them to a world of music with no boundaries.